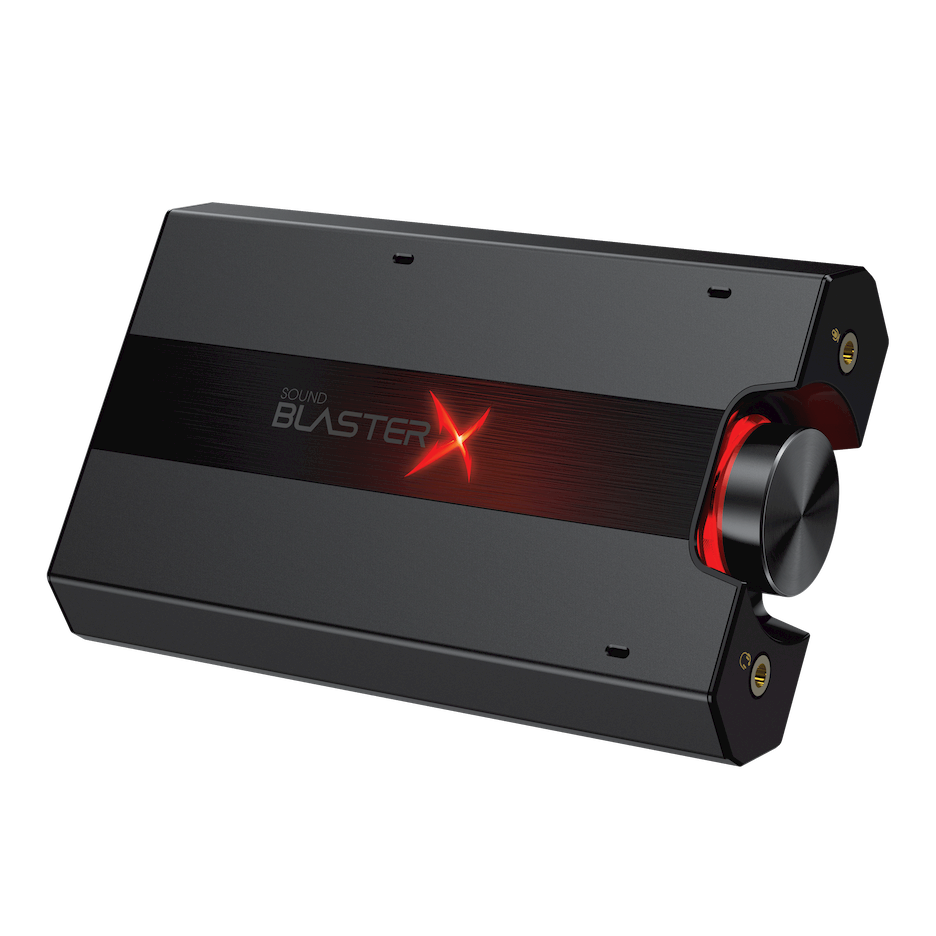 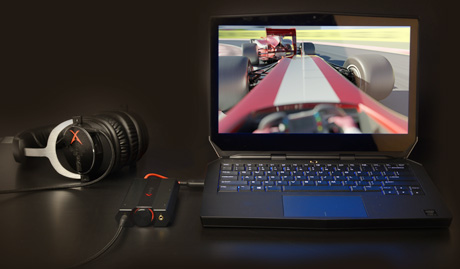 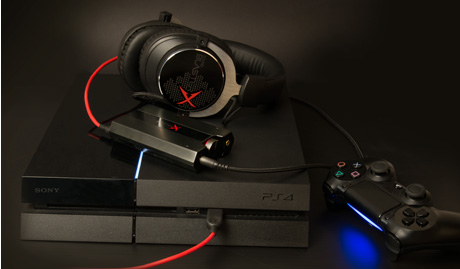 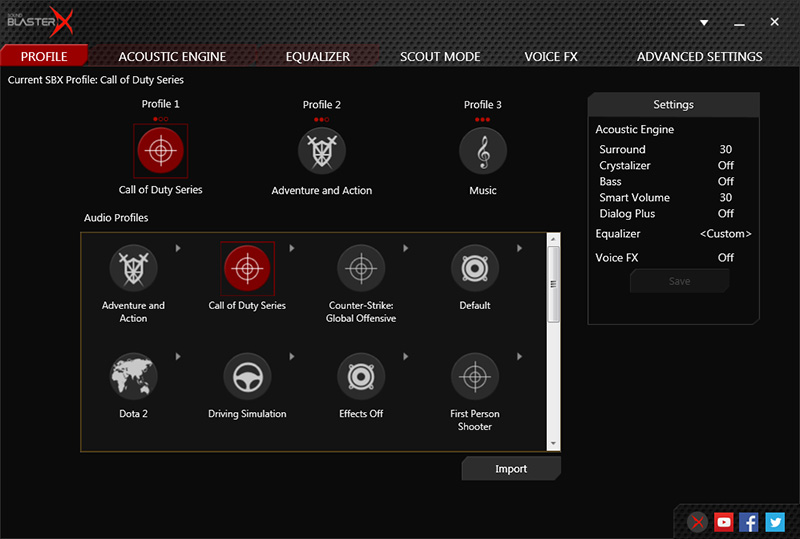 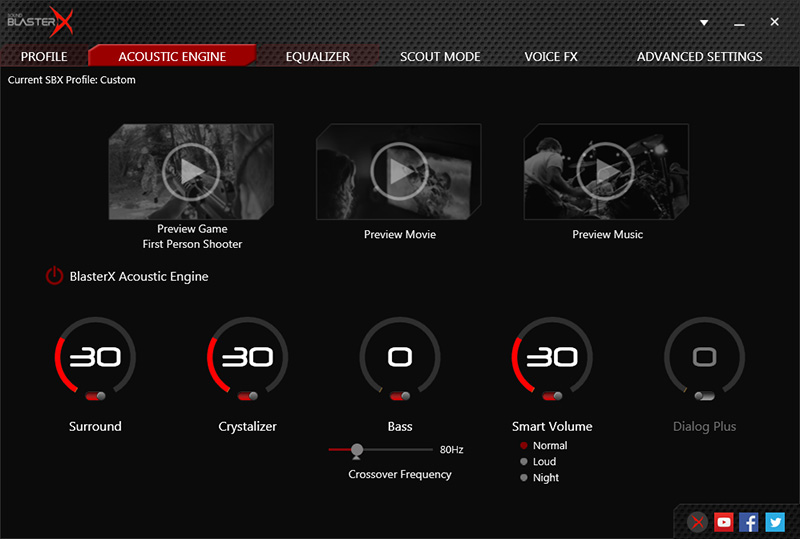 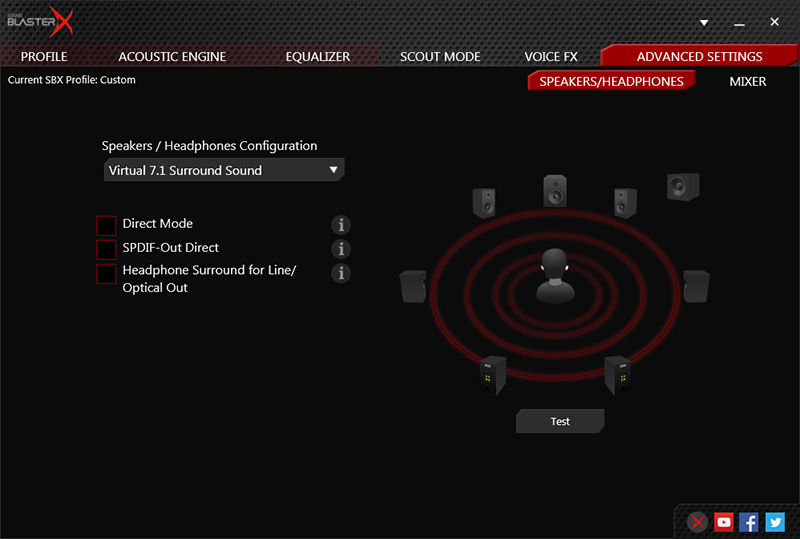 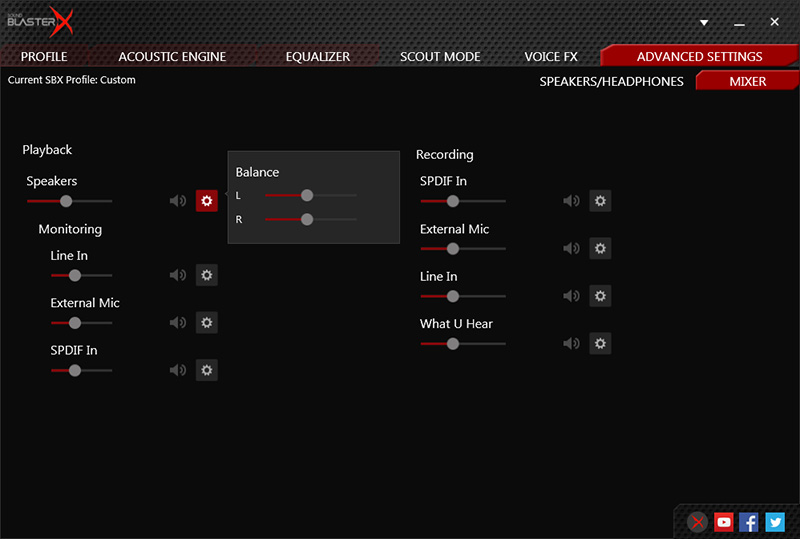 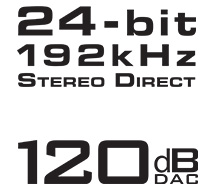 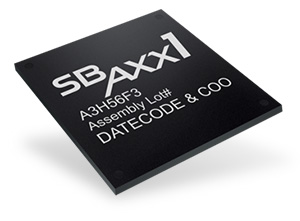 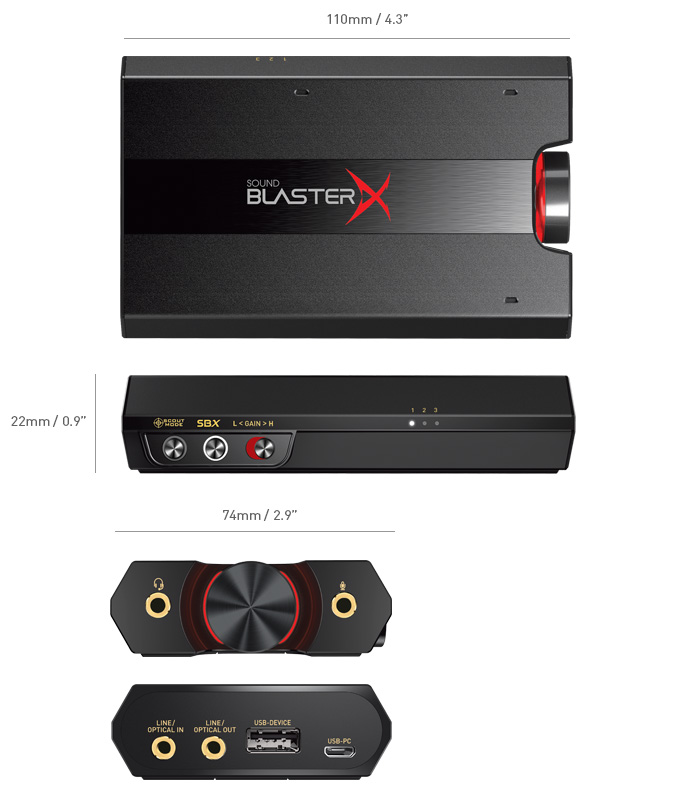 The Sound Blaster G5 far exceeded my expectations. It worked great in all areas, movies, games, and music... If you’re an audiophile, a hardcore gamer or just someone who appreciates good quality audio on your devices, the Sound Blaster G5 is a must have.

You can’t go wrong with many of Creative’s products, and the Sound BlasterX G5 is no different. With a superior build, lots of connectivity options, and a fairly easy setup process, there isn’t a whole lot to dislike about this package. For only 149.99, you can easily enhance your audio experience across the board, whether you use this specifically for playing games, or for everything you do on your PC, Xbox One, or PS4.

Creative’s Sound BlasterX G5 is a flexible sound card, adapting to both high-end audio lovers, and gamers alike. Versatile software that lets you tweak sound to how you want, while leaving a clean signal for when you just want to chill out to some music.

There's no question that the Sound BlasterX G5 amplifies and enhances the sound coming through your headphones or speakers, and the upmixing to 7.1 surround sound in gaming, movies, and music is solid.

Designed primarily for gaming, the G5 can convert any audio into a virtual 5.1 or 7.1-channel signal, which sounds good on a stereo headset even if it isn’t 7.1-capable. Priced at around $150, the Sound BlasterX G5 is an affordable sound card that offers all the bells and whistles any gamer could ask for.

The ability to swap this between consoles and your computer makes the G5 extremely versatile. The design is feature rich and looks really great with the black and red color scheme. The positional audio worked as expected and performed extremely well. Scout mode is a welcomed addition, and does provide a competitive edge in your games. The G5 quick buttons also provide quick selection of its features on the fly without closing my games, and also easily allows me to switch profiles easily. The software is feature rich and allows massive customization for everything. This has been by far one of the best sound cards I have ever tested overall.

Powerful, feature-packed and reliable sound processing from one of the most iconic audio brands in the industry. If you take your audio just a little more seriously than most, then the G5 is certainly something worthy of your attention. Desktop software solutions or even those offered by some sound cards or on-board audio rarely come close to offering this level of acoustic performance.

If you’re into hifi audio or just want to take advantage of every possible upgrade that might help you beat the competition this is not going to disappoint. The difference between audio coming out of a normal headphone jack and audio piped through the G5 is truly pretty astounding.

Creative Labs’ Sound BlasterX G5 is extraordinary. For only hundred fifty bucks, Creative Labs is offering audiophile sound quality that’s accompanied by abounding extras typically reserved for much pricier devices. As far as mini-amps go, it doesn’t get cheaper and better than this. Even if you’re not particularly picky about the sound in your games, you owe it to yourself to check out the G5 and see what you’ve been missing.

Being able to hear footsteps and bullets whizz past while listening through the G5 allowed me to have a better sense of situational awareness on the digital battlefield, resulting in a better “kills to death” ratio.

I love this sound card and the quality that pours from it. Whether you want to go basic and just rock it out of the box or tweak until your ears bleed, it's really your choice. I've listened to a lot of 7.1 gear in my day, but this is up near the top of the pile.

Přečtěte si další recenze (v angličtině) »
Sound BlasterX G5 6.5 out of 0 based on 2 ratings. based on 11 reviews.

This Product is AWESOME!

Amazing sound coming from this portable DAC/AMP sound card! Previously was using the Sound Blaster Z card, but my model was missing the 600Ohm headphone amp, so I decided to get this instead of another PCIe card, also, the Z card just wasn't able to run my Beyerdynamic DT 990 250Ohm headphones without having to adjust the volume higher, and even then it sounded like it was missing some details in the audio. Overall, this has been working very well! The 7.1 virtual surround sounds much better than the Z card, with the virtual surround set to around 25/100. Even with my speakers, the surround sounds better than the Z card. Had a couple of hiccups with the setup though. Windows 10 was able to recognize the device as a sound card right away, but even after downloading the software from the Creative support site, it still wasn't outputing audio. Doing a quick forum search, someone suggested going to Device Manager, have it check for Hardware Changes, then I manually went to the Sound drop-down and had Windows manually check for new drivers, which it found. I then restarted the PC and it booted with audio! Can confirm it works with Windows 10 Home Premium. Very happy with this device!